The Modern Undergraduate Student: Your Talent and Interests are Equally Important!

In this increasingly competitive era, being a student is not merely about mastering certain knowledge in their field. Talent, interests, and creativity beyond the classroom are indeed a big advantage in building your future.

Once again, the students of Faculty of Biotechnology (FTb) showcased their creativity through a Student Senate event, “Explore”. The event happened on January 13th, 2018 at the parking lot of BSD Campus, Atma Jaya Catholic University of Indonesia. Accentuating the theme of “Exploring Unity in Diversity,” the event was inspired by the spirit of Sumpah Pemuda, a vow for unity declared by the Indonesian youth almost 90 years ago: One Motherland, One Nation, One Language.

The concept of One Motherland was expressed through a roadshow, in which FTb students went to visit to a number of high schools in South Tangerang: Santa Laurensia, Stella Marris and Tarakanita Gading Serpong High School. In this event, everyone got to explore various fun scientific activities, such as making bath bombs, hand sanitizers and solidified fruity syrup.

The main event for Explore 2018 began with a talk show that carries along the spirit of One Nation. Hosted by Andry Ganda and Yosi Mokalu (Cameo Project) dan Gloria Natapradja Hamel (a Youth Representative from the Ministry of Youth and Sports Affairs), the audience were invited to reflected on how the social media is a simple yet impactful tool among society. It has the power to spread all kinds of news and information, whether or not they are true. Society and youths in particular need to anticipate such phenomenon by reading, writing and only sharing information that has been proven true to the appropriate audience.

Following the captivating talk show, a concert took place. The highlight of the night began with a Balinese dance and a choir performance presented by FTb students. The culture of North Celebes was then showcased through a kolintang ensemble by St. Yakobus. Such euphoric moments were ever stimulated by Tabula Rasa, a band which members are FTb students, and a range of songs by Deredia. As the sun was setting, the audience immersed themselves in the jazzy tunes of Senar Senja. Adithia Sofyan went to to end the day with his accoustic sound, inviting everyone to sing along and melt away into the night. 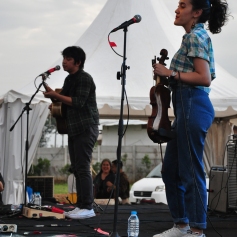 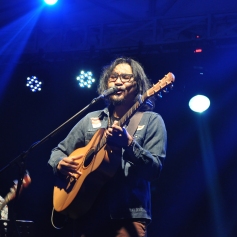